A painstakingly detailed recreation of the Enterprise-D, one of the most iconic starships in science fiction history!

The goal of Stage 9 was to allow fans of Star Trek: The Next Generation to put themselves into the Enterprise-D, and explore the ship — every deck, every room, including the places we didn’t get to see on TV!

The project began as a labor of love from our founder, Rob Bryan.  “To be able to walk around on the Enterprise-D, and just for a moment feel like I was a part of that thing, was very exciting to me.”  Very quickly, the project attracted the incredible talents of a diverse group of like-minded developers, all willing to donate their free time to realize the ability to inhabit and explore this environment that symbolized hope and optimism for the future.  Working together, their shared childhood dream took shape, and became a reality.

Over the course of two years, we released 10 versions of Stage 9 for Windows, Mac, and Linux, including multiple VR-compatible releases.  Along the way we added new interactions for props and consoles, and areas to explore.  Unfortunately, despite being very clear that we were a fan creation (and not an official project) with tremendous respect for the IP, and offering the product for free (with no financial support from anyone), the project received a Cease & Desist letter from CBS in September, 2018 and the project was immediately shut down.

This page serves as a fan-art memorial for this groundbreaking project.

Along the way, we allowed fans to interact with props, turbolifts, replicators, shuttles, and a variety of consoles scattered around the ship.  You could fire torpedos, warp to different space locations (including DS9), survive a brief encounter the Borg, and more. We also added an interactive Holodeck, where we allowed players to explore differences in the various bridge variants of the Enterprise-D that had appeared over the years.

We encouraged fans to post screenshots from the project on our Discord, and the results were both creative and beautiful — from walking on the hull to glamour shots taken from aboard shuttles, it was clear Stage 9 fans got as much enjoyment out of exploring Stage 9 as we did creating it! 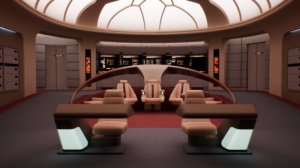 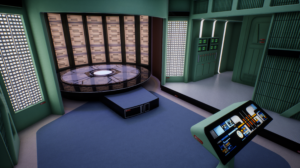 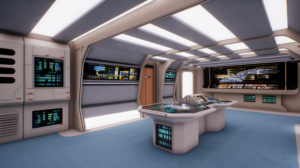 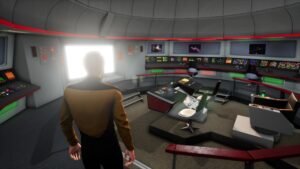 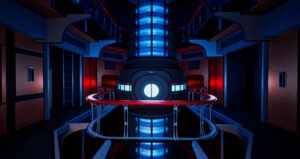 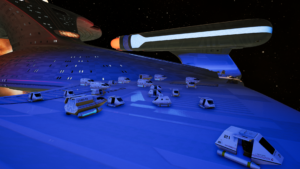 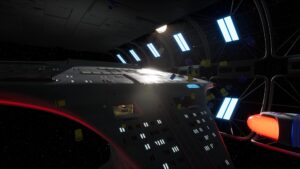 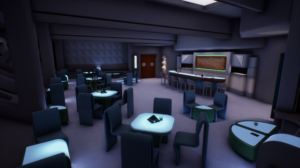 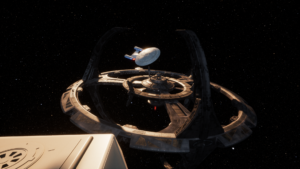 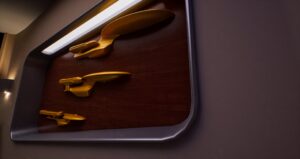 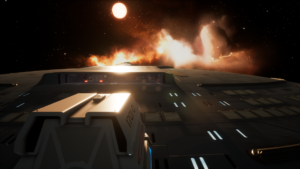 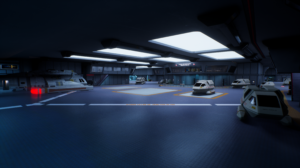 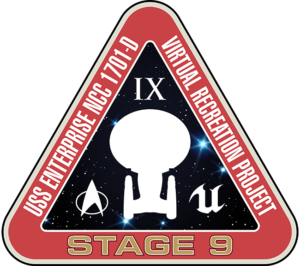 In Stasis – No Longer Distributed 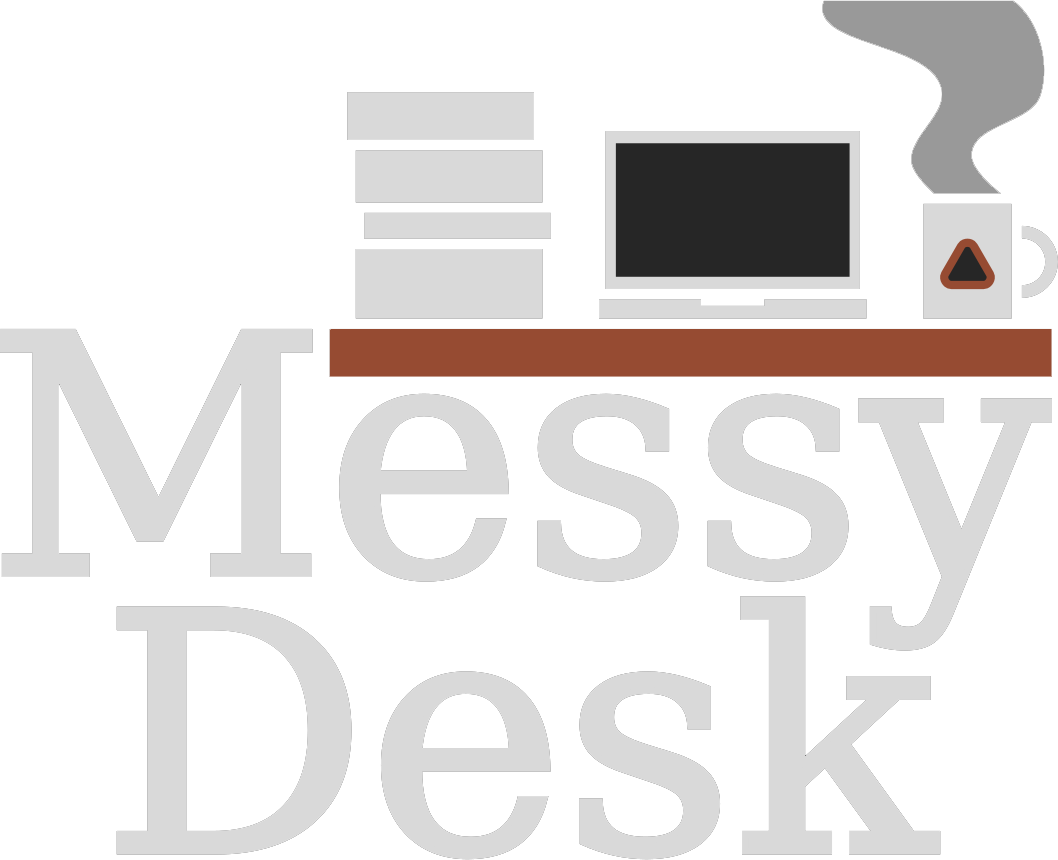